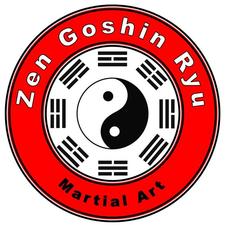 My Martial Arts training started in 1981 studying Tae Kwon Do in Leicester.  Following changes to the associations I moved to the newly formed TAGB Tae Kwon Do school in Leicester under Ron Sergiew.  This system and club gave me an excellent introduction to the world of Martial Arts and I continued training there until 1989.

To broaden my knowledge, I decided to explore the other styles and systems in Leicester. After visiting a number of schools, I was lucky enough to be introduced to a club called Zenyogkido.  The club was founded and run by Si-Jo David Lyons and during my visit I was impressed with the diverse range of techniques being demonstrated and the level of instruction given.  During my time at this club I was graded to 3rd degree Black Belt and was promoted to Chief Instructor.  I continued here until 2001 when commitments to my own club meant I could not continue teaching there on a regular basis.  I still have strong ties with Si-Jo David and his club.  We both share the same philosophy that Martial Arts should be available to all, without the restriction of cost or ability.

I also studied Goshin Ryu Karate Jutsu under Sensei Alan Devy.  This system is a combination of Shotokan Karate and full contact Ju Jitsu and perfectly complimented the Kung Fu based Zenyogkido.  I trained here from 1990 until 1997 when the club closed and was graded to 1st Degree Black Belt.

It was at this time that I decided to start my own club.  Instead of following one particular style/system I decided to develop my own, using the skills and techniques I had gained from the different Martial Arts I had trained in.

The name Zen Goshin Ryu is something I have used since I set up the club in 1997 and can be translated as follows:-
Zen is derived from the Chinese word "chan" and the Sanskrit word "Dhyana", which means "meditation". Also one of the root meanings is "to see, to observe, to look”.  Goshin in its simplest form means self defence.  One of the meanings of Ryu is the word school.  Therefore our club name can be translated as “to see the self defence school”.  The name is also a sign of respect to the two main systems and instructors that have contributed so much to me and the development of my club.